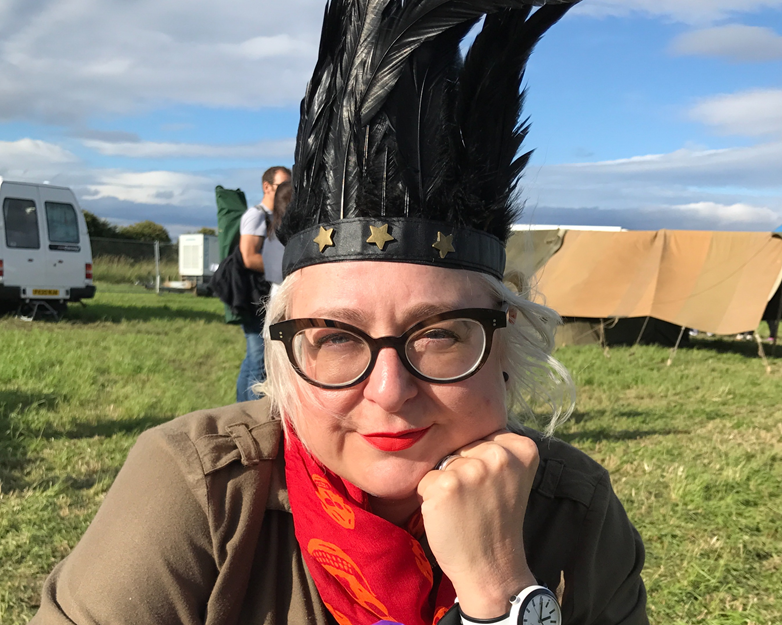 I’m Sharon MacArthur and I’m the proud owner of Red Handbag, a business I set up four years ago to provide leadership and confidence coaching to business leaders.

My special interest has always been in helping women who have lost their confidence in the workplace. Whether they’ve taken time out to have a family, or they’re trying to make their way into executive positions in a male dominated workplace, it can make the world of work a tougher place to be. And that’s without mentioning our biology!

‘Women’s problems’ are a taboo subject, in work, and in general. The latest elephant in the room is the menopause. It’s something that happens to every woman, but nobody is talking about it.

What nobody told me

About 12 months ago, I began to feel exhausted. I didn’t feel like me at all. Things I could usually do easily became a huge effort. I couldn’t remember names, I felt anxious about meeting people, and I wasn’t sleeping properly. I went from being someone who could sleep on a clothes line to waking up every hour, which left me feeling even more drained.

I researched my symptoms on Google, and after hours of research, I realised that I was probably going through peri menopause. This meant that menopause was on the way. I felt sad and confused. Why had no one warned me? I was sure I was too young. Sadly, it turns out I wasn’t.

The worst thing was waking up one morning and feeling terrified at the idea of leaving the house. This went on for a week. I am usually a bubbly and outgoing person, and there I was, terrified of the outside world.

I knew that the menopause was responsible for all of this, and I wanted to know if I was the only one going through it. I asked friends and family, and the older women told me they “just got on with it,” though they hadn’t had to go to work at the time. My friends who were of a similar age told me they had no idea what to expect. I was on my own.

Why workplaces need to talk about the menopause

You might remember having ‘the talk’ at school about what would happen to your body when you reached puberty. But nobody gets a talk about the menopause and the disruptive and unpleasant physical and psychological symptoms it can cause.

The average age for menopause is 51 but the symptoms can begin many years before. Menopause can last for a decade. Many women experience mental health issues because of the menopause, and they’re afraid that they’re going mad. Nobody should feel alone in this situation.

It’s estimated that only 3% of companies across the UK are educating their workforce about the symptoms that come with the menopause. It’s a mistake to ignore this important issue, given that in 15 years, the number of women working full-time will equal the number of men. Menopause will be a fact of life for 50% of the UK workforce. The changes to the pension age that were introduced in 2010 also mean that women will be working for longer than ever before. This can’t be in workplaces where the menopause is swept under the rug, and women have to take time off sick or even worse, go into work feeling dreadful, thinking they’re alone and that no one will understand. Workplaces can no longer afford to miss the menopause.

What you can expect from me

My training events are aimed at educating HR professionals, managers, and working women about the menopause in a fun, engaging, and informative way. Why not make your workplace a healthier and more supportive place?