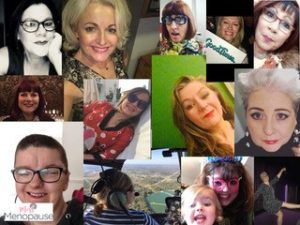 What images does the menopause conjure up for you? Do you think of a woman being old, unsexy, or just generally ‘past it’ ?

Unfortunately this is often the perception that people have about the menopause. In a society where being young, beautiful, and fertile is valued above everything else, the menopause is like a dirty word.

But the reality is that women who are going through the menopause or who have gone through it aren’t over the hill or on the scrap heap. They’re working full-time and often holding down stressful jobs while caring for children and maybe their parents. They’re vibrant women who are at the top of their game and they’re dealing with the menopause in the best way they can; accepting it as one of life’s transitions rather than looking at it as something negative that they have to endure.

The elephant in the room

What makes the menopause difficult for many women to deal with it is not just the perception that they are somehow ‘dried up’ and past it, it’s the general unwillingness to talk about it. Many women suffer alone, because they are too embarrassed to tell friends and family what’s happening. They don’t want to admit that they’re suffering and for some women it might feel like admitting that they’re going through the menopause forces them to face up to the fact that they are getting older, in a society that values youth.

Medicalisation of the menopause

The menopause is not an illness despite the fact it can cause some truly unpleasant symptoms. Why, then do doctors treat it as though it’s a disease which has to be medicated away? It’s not that you shouldn’t accept help from your doctor if you are experiencing symptoms that are affecting your daily life, but there are other ways to help yourself feel better, whether it’s by trying alternative remedies or complementary therapies, giving your lifestyle an overhaul, and looking after yourself better, mentally and physically.

Menopause in the media

Remember those tampon commercials where a beautiful, happy young woman would be paragliding or rock climbing to demonstrate what you could be capable of at ‘that time of the month’?

Well, the portrayal of menopausal women in the media is not the same. They’re portrayed as being frumpy, unattractive, and even psychotic! All this does is reinforce the negative views of the menopause that many people already have. The message that is being given out needs to change.

Thankfully, celebrities like Carol Vorderman have spoken out about their experiences of the menopause and a lot of what they have said is very relatable, which helps women to realise that they aren’t alone.  Carol Vorderman spoke about the need to raise awareness of how the menopause affects woman by talking more openly about it and admitted that her mum and gran never talked to her about it. She’s a successful, attractive, vibrant women, yet she admits that the menopause ‘floored her.’

What can we do?

Raising awareness about the menopause among women, men, and employers is all about education and making it comfortable and acceptable for people to speak about it. Menopause is not a condition to be treated and cured, it’s a normal stage of life that every woman goes through. Helping people to realise this is my mission.

My training events are aimed at educating HR professionals, managers, and working women about the menopause in a fun, engaging, and informative way. 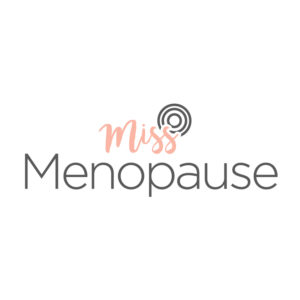