At the grand old age of 48, I knew middle age had crept in. I couldn’t sleep anymore, I felt tired all of the time, my skin was a mess, and I had no motivation. This is it, I thought!

Then the hot flushes started. I’d always felt the cold, but one night I got so hot in bed I thought my hair was going to melt! This happened once or twice, but it soon became a nightly occurrence. I’m lucky that I don’t sweat much, but from 2am onwards my nightly routine would be covers off, covers on and repeat. So no sleep for me and very little for him indoors.
Most nights, I was getting about 3 hours sleep on average. Having a sleep tracker can be a curse and a blessing! 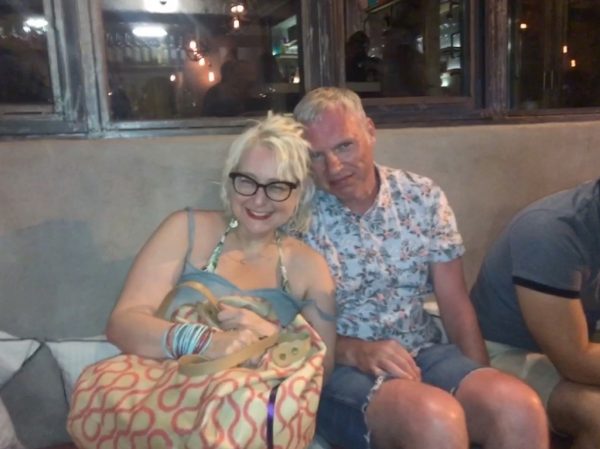 What on earth was happening to me? I was trying to run my own business but I had no energy. Getting enough sleep feels essential for me, and I was struggling to cope without it.

So I did what most of us do and turned to the internet. After hours of research it began to dawn on me that what I was experiencing was the start of menopause. It seemed like I was at the stage called Perimenopause. I was still having periods, although they were beginning to become erratic. The average age for menopause is 51.

How could I manage this? Like most women I’d heard about HRT, but no way was I going to put chemicals into my body that could harm me. At this point I didn’t know any facts, I just knew I wanted to be like an earth mother and treat my body well. No chemicals.

So Sage leaf and tincture, along with magnesium spray, vitamin D spray, and Evening Primrose Oil, were just a few of the things I tried. The amount of money I spent, searching for the best brand making sure it was all natural!
Magnesium seemed to work for a time as I felt like I got a better night’s sleep for a couple of weeks. I’m still taking Vitamin D as it’s generally a great thing to take for lots of reasons, but in terms of stopping the hot flushes, nothing was touching the sides. I was exhausted.

The next step was seeing my doctor. I didn’t want to take HRT, I saw it as a bad thing so I asked what else I could try. There are a few SSRI’s, antidepressants to you and me, that can combat hot flushes, who knew? I felt so desperate I’d take anything. I wasn’t depressed but I needed to sleep. While this doesn’t work for everyone, after about 2 weeks it began to work for me. My hot flushes stopped. I could sleep. I was cured! Or so I thought.

After about a year, that old hot familiar feeling began to return. Trying to speak to clients, whilst feeling like you’re burning up wasn’t good. The waking up at 2am returned. Trying to sneak the bedcovers off, so I didn’t disturb him in doors wasn’t working. We were both grumpy and suffering. I needed help. I needed my quality of life back.

So what was left for me? What about HRT? Let’s give this a proper look. Like most things there are risks involved. For example, taking Black Cohosh has been linked with liver failure, but that’s natural, right? HRT does carry a small risk of breast cancer, but no more than drinking over the recommended units does. Being overweight carries a much greater risk. I’m overweight by the way and knowing the risks has sadly never stopped me putting that next piece of chocolate in my mouth. There are benefits to HRT, healthier bones being one. There’s much less risk of osteoporosis later in life. Luckily for me, there’s no history of breast cancer in my family, so I thought why not give it a try? I needed my life back.

So here I am, on HRT patches. They are better for you than tablets. I’ve been on them for over 6 months. The downside is having lost 22lbs over the last 6 months previous to me taking HRT, I’ve gained about 6lbs. I seem to be craving carbs which is something I need to get under control. However I am sleeping 8 hours a night and no hot flushes, hurray! I am back to the old me again. HRT isn’t for everyone and not everyone can take it. But it’s changed my life and I’m now a fan. Of course, I’ve got my mammogram booked. I’m being sensible.

My Dad used to say he didn’t like French people. I used to say to him “But Dad, you’ve never been to France, and you don’t know any French people!”
He was persuaded to go to France several years ago. Now you can’t shut him up about how much he loves it. I feel the same about HRT. 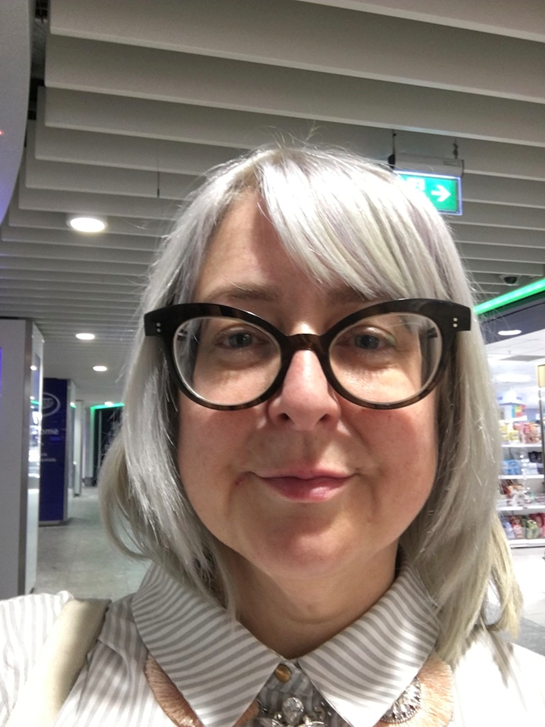